About The Month Of Kiyahk And Nativity 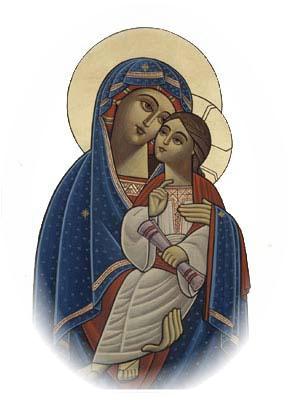 Some Notes On The Month Of Kiyahk

The month of Kiyahk must have four Sundays before the feast of Nativity, during which the first chapter of the Gospel according to St. Luke is read, divided into four parts, one part for each Sunday:

If the fourth Sunday of Kiyahk falls immediately before the Nativity, it becomes of course a Paramon (The preparation day). In this case, the liturgy is prayed in the annual rite (tune) with the readings of the Paramon (28th of Kiyahk according to the Katamaros). This means that the month of Kiyahk would be left with only three Sundays, which cannot happen according to point number one. Therefore, the church arranged that the fifth Sunday of Hatour to be borrowed and added to the three Sundays of Kiyahk to complete the number of Sundays of Kiyahk to Four.

“Paramon” is a Greek word that precisely means “Extraordinary preparation” as the word Paramount in English, which signifies something of great concern or importance. This naming is used for the day that precedes the feasts of Nativity or Epiphany. The rite of the Paramon is to fast with complete abstinence until sunset and the liturgy is prayed in the regular annual tune. However, in the liturgy, all hours of the book of Agpeya are prayed until the 12th hour, and fish is not allowed.

If the Paramon falls on a Saturday or Sunday, during which there is neither Metanoias nor abstinence from food, we should fast (with abstinence) the day before which is usually a Friday. In this case, the Paramon becomes two or three days, that is to say. If the Nativity Feast falls on a Sunday, we would have a two-day Paramon, Saturday and Sunday. If it falls on a Monday, we would have a three-day Paramon, Friday, Saturday, and Sunday and no eating of fish during these Paramon days, however abstinence would be on Friday only. If the feasts of Nativity or Epiphany fall on any day other than Sunday or Monday, the Paramon becomes only one day.

Some Notes On The Date Of Nativity

In the early fathers’ canons (Dideche), the Nativity of the Lord Jesus should be celebrated on the 29th of the fourth month of the Egyptian calendar, which is Kiyahk 29. Therefore, we celebrate it on that date every year until now. In the early centuries of Christianity, the 29th of Kiyahk used to coincide with December 25th, but after the reformation to the Julian Calendar in 1582 AD, the 29th of Kiyahk slipped by 10 days and continues to slip. Now it falls on January 7 of the Julian calendar.

Notice that the celebration of the Nativity feast on the 28th and the 29th of Kiyahk (falling on January 7 and 8) occurs every four years and always falls on the year following the Coptic leap year.